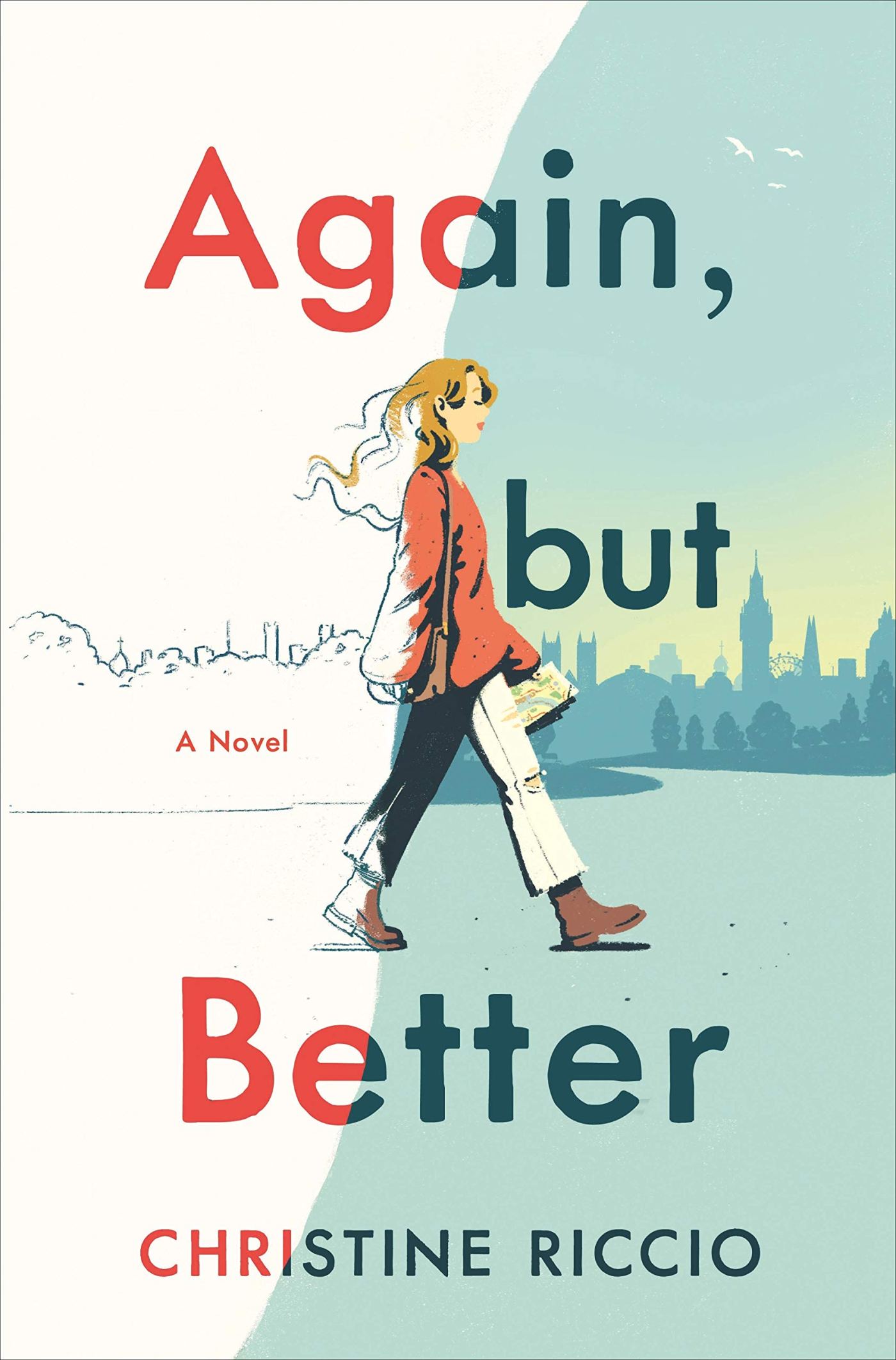 I’ve followed Christine Riccio on Booktube, Goodreads, and Instagram for a while.  She is definitely a force of nature, and full of so much energy.  It is so much fun to watch her videos, and hear her opinions on the latest books.  To see that she has gotten a book published, and the origin of the story comes from her own personal feelings and struggles for her made me really get excited for the release of this book, so of course I had to pick it up!  I also recommend checking out her Spotify playlist for the book, maybe not while reading (it’s not soundtracks), but definitely during those moments you have to adult and be a human being without your book.  It’s got the Beatles, and lots of meaningful songs on it that perfectly pair with the mood of the book!

Stemming from Christine’s own experiences/enjoyment of Studying abroad, this contemporary romance follows Shane as she tricks her parents into letting her study English abroad in London (one of my favorite cities!!!). While there she meets a boy of course, but also learns a lot about writing and herself as she takes on an internship and traveling to some of the best locations in Europe.  Where this book takes a turn is that it isn’t all in the same time period.  Without giving a lot away, the book is split into two time periods, 2011 and 2017, as Shane figures out what she wants in life, and finding the courage to achieve it.

Overall Rating: 5 out of 5 Stars

I’m not going to do that whole 4.999991 out of 5 star thing, this book had a few points where it shows that she’s a debut author, but they are easy to ignore, and this story does a great job of masking any errors.  Between this book and the Unhoneymooners (reviewed this too!) I had an amazing weekend reading, which was something I needed after looking at job boards, and rejection emails.  There’s nothing like reading contemporary romance to get you out of a bad mood, they instantly cheer you up, and get you back to laughing.  Now to break down what this book did for me, and see if it maybe helps if you are on the fence.

In this day and age, there are so many people we all know that seem to have their life figured out, and are on track too.  As readers we also cut ourselves off or feel cut off from the rest of the world, and people around us.  Christina has said that she went through this, and I have to say I definitely know how this feels.  I went through that from high school and it even followed me through and after college.  Maybe it’s that whole application to college thing, but from an early age we are forced to compare ourselves to others, and when you are watching people find their lives early on it gets hard to look at your own without a little regret.  That’s where this book comes in, it isn’t about someone coming in from later in their life, but it is very much so about taking ownership of your life, and going after those big experiences in life as well as putting yourself out there.  Shane makes a choice that while it puts her in a difficult position with her parents also allows her to finally go after two things she’s wanted; friends and a writing career.

See the video where she goes into the Inspiration: https://www.youtube.com/watch?v=KWG37yfvQGM

While the characters seem to stick to some of the common tropes in a teenage rom com, I also think it’s a strength here.  Shane is without a doubt writing focused, and Pilot is an open nerd who lives for his music.  Go past the surface with these two and the supporting cast though and there’s definitely quite a bit to learn from and through them. For the first bit, none are in perfect relationships, even if they try to make it appear that way, or avoid bringing it up at all.  Shane in general, is an interesting case of going after the things you love, and not letting others tell you no.  Part of me thinks there could have been a better way to get what she wanted, besides telling her parents she was going for a medical internship and course, but I also know she was in a tough spot, so not the best scenario anyway.  I just appreciated that while we have some pretty common personalities there were twists, and ones that young adults actually have.  Even some of the most put together people have struggles.

I did like that Shane goes into this plan of becoming a writer with an actual game plan.  She has tracked down the perfect internship, and hopes that this can be the game changer with convincing her parents when it comes time.  It feels like so many of these YA stories start out with the MC going blindly into their dream with a hope, and I can’t tell you how terrifying it is to imagine an actual person going around like that.  On one hand, it could work and you become a TSwift empire, but on the other you are broke, and living in debt.  Some can make it broke, but I’ll honest, it is a tough life even living paycheck by paycheck. I might be partial, but I am an advocate for going for.a career path that can support writing and art financially.  It isn’t a direct path, but it at least ensures money for more books?

There might be some who could not like how this novel was split up, but I actually loved it.  This book gives a chance for Shane to change things, and see how they could have ended differently, which is what we all wonder about at some point in our own lives.  It also does a really great job outlining how much a few years can change us, as we go from college to the ‘real world’ as all those adults called it in college (lets be real here, we had already been out in the real world, just with a safety net maybe).  This setup throws us into that age old question though of if we had that chance to change something in our past, would we?  For me, I might have done a dorm at least for my first year of college, go for the whole experience, but I think even with the issue of landing a job, I really wouldn’t change things, since by staying at home I met my best friend, the only person who I can talk full nerd with, and one day get to a book festival with me.

I think I really liked this book because of how much I connected with it, there were so many things that connected with what I had been through, and Christina hit it all right on the peg with this.  I see she’s working on another book, maybe related to this??  All I know is she did a fantastic job with this debut, and I am ready for her next novels!  Have you read this novel?  What were your thoughts?  Let me know in the comments below!

One thought on “Again, But Better by Christina Riccio {Book Review}”